Not Your Average ‘Old Time’ Photo 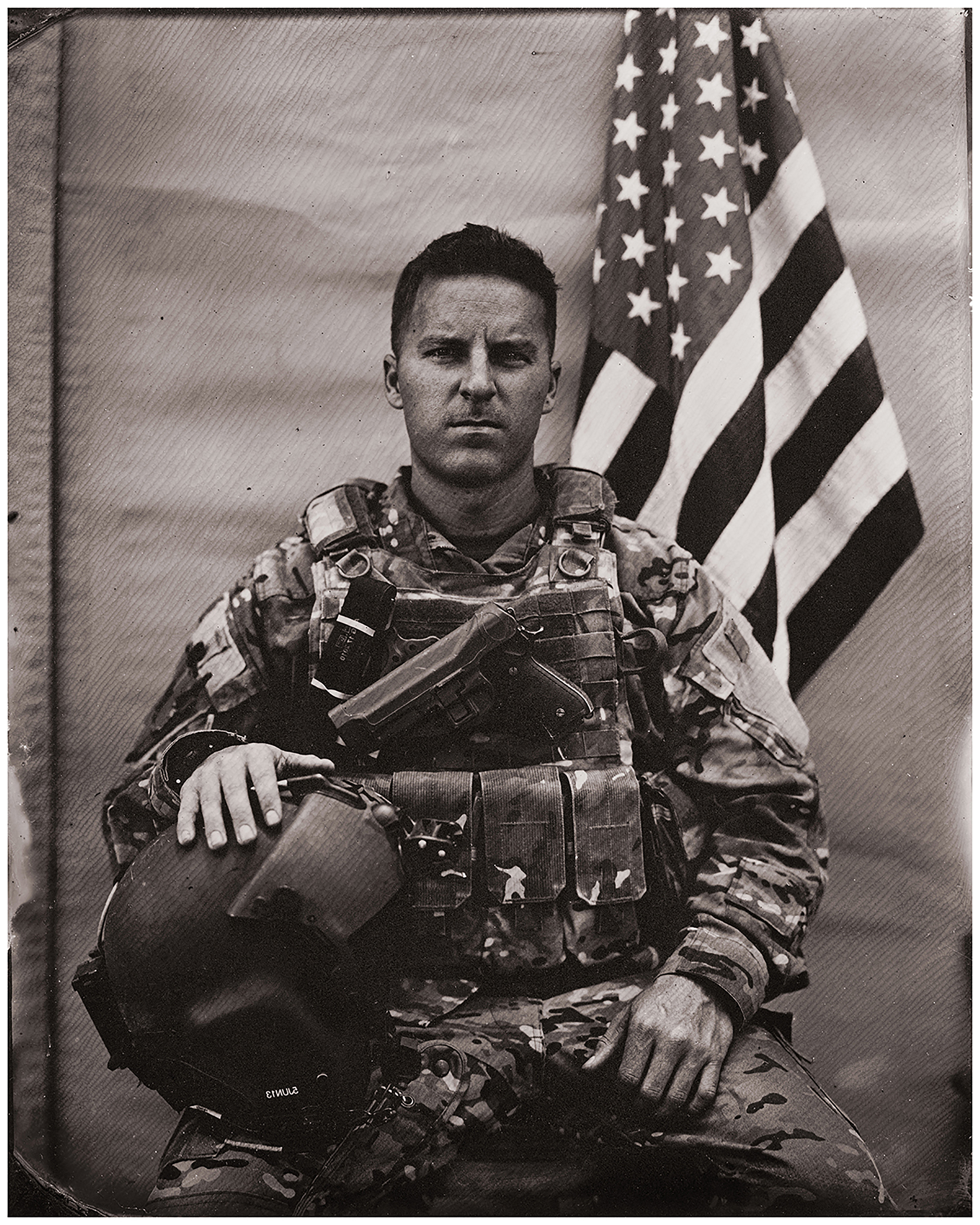 Above: This tintype portrait of an Air Force helicopter co-pilot is one of many tintype portraits Ed Drew captured during his 2013 deployment to Afghanistan. To see more of Drew’s work, go to eddrew.com or follow him on Instagram (@ed.drew). Photo by Ed Drew.

The look and feel of this tintype photograph may trick your eyes into thinking it was taken during the Civil War, but don’t be fooled. It’s from present-day Afghanistan.

Former California Air National Guard Staff Sergeant Ed Drew wanted to take a portrait of his co-pilot during their deployment to Helmand Province, Afghanistan, in May 2013. The reluctant pilot finally agreed after his wife asked him to send one home.

The stoic photo attracted lots of attention after it was taken and has been featured in many publications. “It’s my favorite and best work and I had a feeling it was iconic,” Drew said. “I feel it will grow in significance as time goes on. It truly represents the American military man and patriotism.”

Tintype, a vintage process of developing photographs on a sheet of metal, gained popularity in the mid-to-late 1800s and was used to capture riveting Civil War images. The photographer and gunner on Air Force combat search-and-rescue helicopters used the technique to create detailed, one-of-a-kind portraits of the people he served with.

Drew, who studied sculpture at the San Francisco Art Institute and lives in the Bay Area, said his artistic career skyrocketed after his tintype photos were recognized and his work has appeared in a museum and was included in multiple private collections.

As a child, the Brooklyn, New York, native was interested in art and considers himself more of an artist than a photographer. “Although I read many books, pictures were more interesting to me.”

Two days after his 18th birthday, Drew joined the military as a C-130 engine mechanic. Shortly after, while serving on Yokota Air Base near Tokyo, his love for art was fully realized through Japanese culture. “It was a life-changing experience to be in that country,” he said.

“I love photography because I’m a visual person,” Drew said. “I like to be able to see what I am describing or thinking about, so photography helped me in speaking my visual language.”

—Ashley Bernardi is a Virginia-based freelance writer. This story originally appeared in the Winter 2015-2016 issue of On Patrol, the magazine of the USO.