Cooking Up History: Recipes from the USO Cookbook

Earlier this year, we discovered an old copy of the USO Council of Pioneer Valley’s Celebrity Cookbook tucked away in our archives. 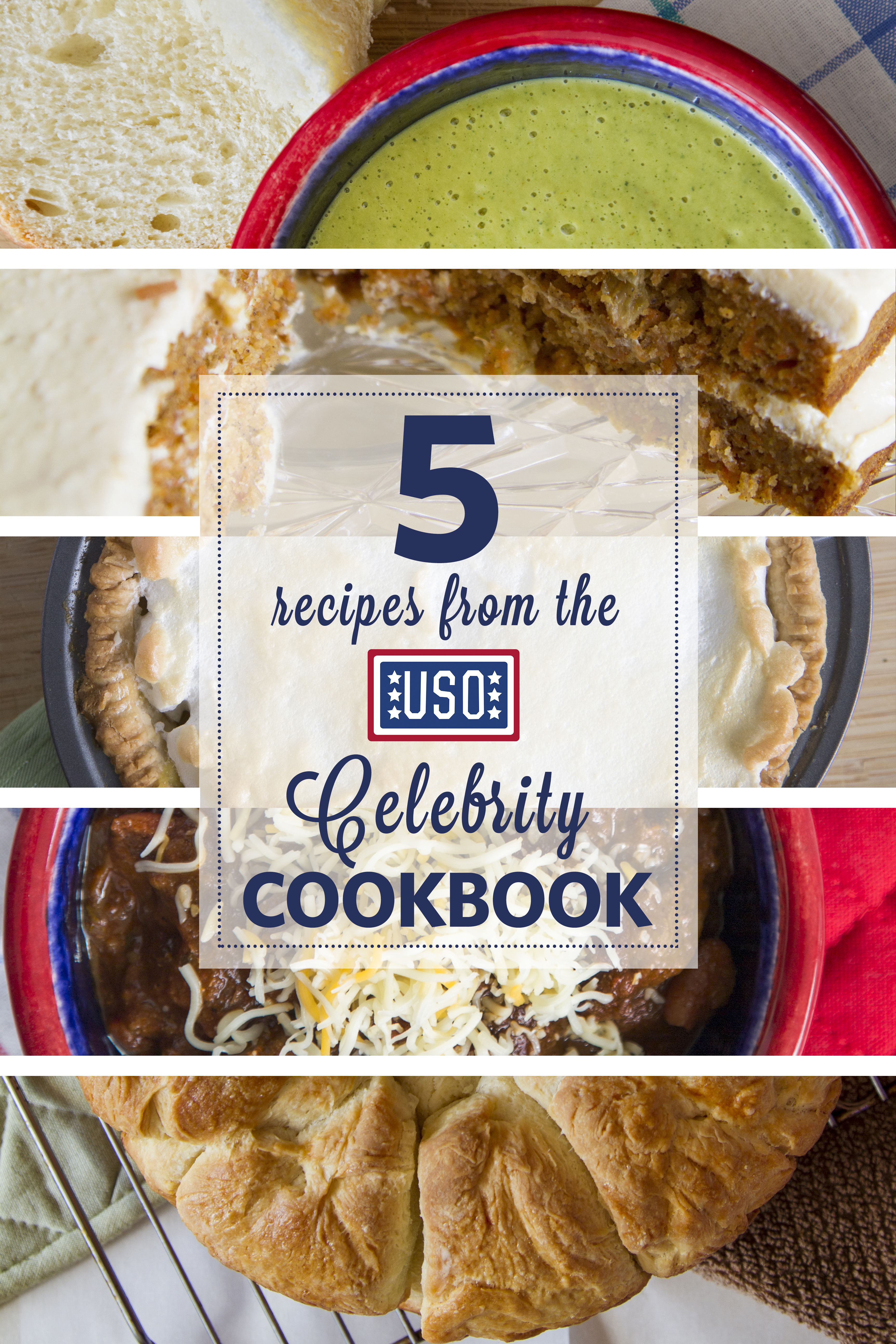 The cookbook, which was published in 1992, features over 200 recipes from USO entertainers, celebrities, supporters, volunteers and staff including:

According the book’s Expression of Appreciation page, the USO of Pioneer Valley – headquartered at Westover Air Reserve Base, Massachusetts – originally created and sold copies of the cookbook to raise money for its programs and services supporting active duty military and their families.

We decided it was time to roll up our sleeves and give some of these recipes a try in a modern-day kitchen. Although we wanted to whip up all of the dishes in the cookbook (especially the desserts), we kept the first round to five celebrity-submitted concoctions:

In the coming weeks, we’ll be sharing these five recipes with you – complete with tips, photos and videos to help you recreate a perfect dish. We’ll also include information about about the celebrity who donated the recipe and any stories we have about their USO connection.

Check back here for an updated list of links to the recipes over the next several weeks. Until then, happy cooking!