If you’re searching for an easy chili recipe to enjoy during football – or just a great meal to share with friends and family – look no further than USO tour veteran Johnny Cash’s Old Iron Pot Chili recipe from the 1992 USO Celebrity cookbook.

Cash joined the joined the Air Force in 1950. During his short military career, he worked as a radio intercept officer in Landsberg, West Germany, decoding Soviet messages. In his free time, Cash – who grew up singing on his family’s cotton farm – bought a guitar and honed his songwriting skills. Whiel overseas, Cash also played in a band, the Landsberg Barbarians, with a few of his Air Force buddies.

“We were terrible,” Cash said in a Biography.com story. “We’d take our instruments to these honky-tonks and play until they threw us out or a fight started. I wrote ‘Folsom Prison Blues’ in Germany in 1953.”

Cash left the Air Force in 1954 and began his music career. But he found his way back to the military world in 1962, going on a three-week USO tour to entertain service members in Japan and South Korea.

In 1969, Cash went on his second USO tour, this time to Vietnam with his wife and fellow country music star, June Carter Cash.

“I went to support our guys, because I loved them so much,” Cash said according to the “Ring of Fire: The Johnny Cash Reader.”

“I know they didn’t want to be there, which is why I went over myself … Right away we all got caught up in the whole thing. Pretty soon June, Carl Perkins, and I were doing seven and eight shows a day, sometimes for only ten people in a hospital ward.”

While all of the recipes we’ve tried from the USO Celebrity Cookbook have been fairly straightforward, Johnny Cash’s chili recipe is the simplest so far. Pre-mixed chili seasoning packets, canned ingredients and common spices like cumin make this one-pot wonder a great option for a lazy football Sunday dinner.

We whipped up this entire meal up in under an hour and spent just under $20 on all of the ingredients. Sirloin steak was the most expensive item we purchased for this hearty winter meal, but that didn’t make or break the chili’s flavor. If you’re on a tight budget, feel free to swap sirloin for a less-expensive meat like ground beef or chicken.

Even though this recipe can be served as soon as it’s done cooking, we recommend making this chili a day ahead so the flavors can combine. 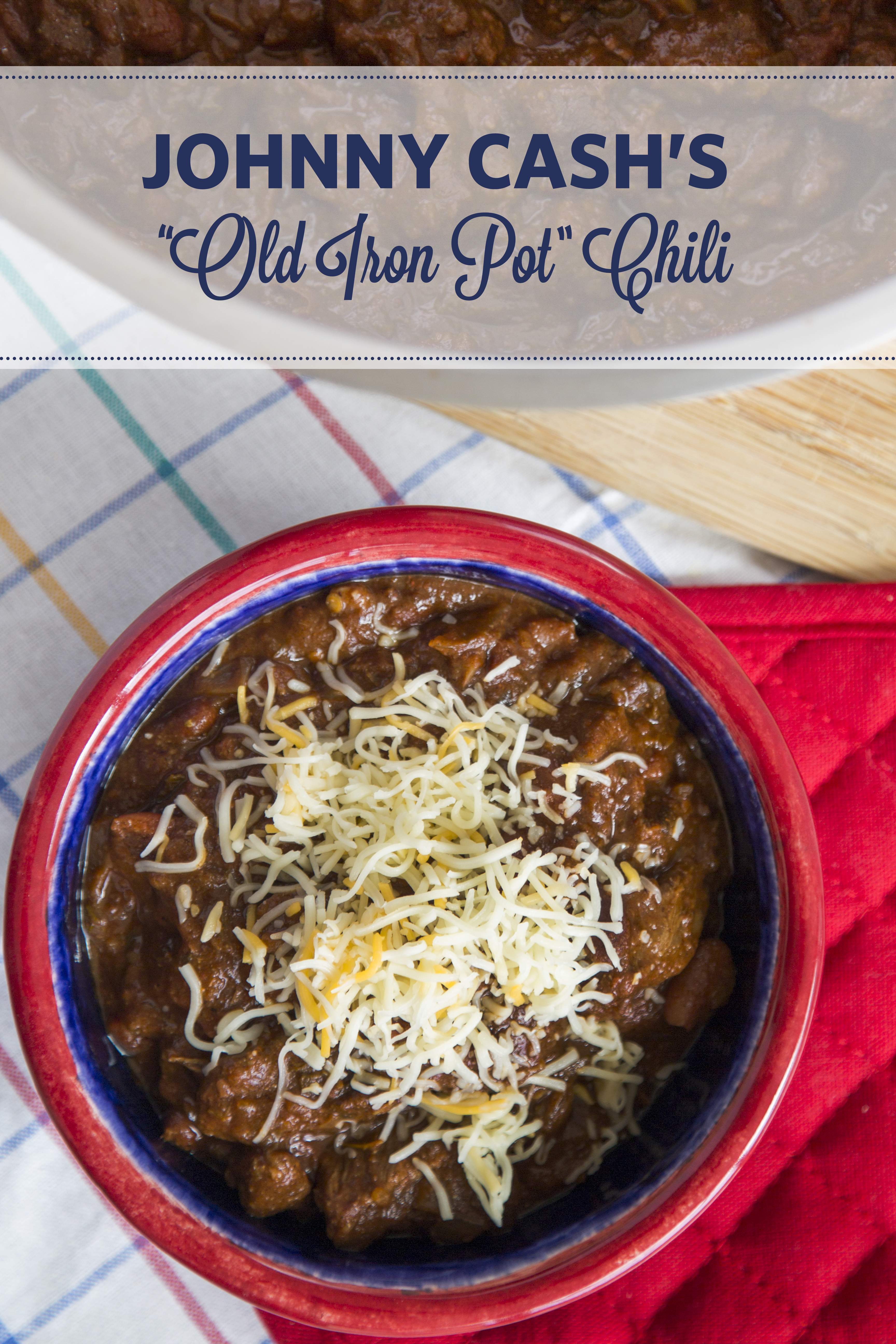