For the third installment of Combat Cooking, we visited the USO Kandahar center in southern Afghanistan to learn how to whip up one of its most-requested treats, Coca-Cola cupcakes.

(Fun fact. The Coca-Cola Company is one of the USO’s longest supporters – 77 years!)

Because the USO Kandahar center doesn’t have a full kitchen (just like the USO center in Camp Arifjan), the staff has developed a few creative ways to cook homemade treats, including Coca-Cola cupcakes, by using a handful of non-perishable ingredients and stand-alone kitchen appliances.

While a standard cupcake mix calls for eggs, oil, butter, water and 30 minutes of baking time in a full-strength oven, Minakami said the USO Kandahar team can whip up a batch of cupcakes using only a boxed cake mix, a can of soda, a can of icing and a toaster oven – although they might add in a few other ingredients, like oil or egg powder, if they happen to have them on-hand.

According to Good Housekeeping, USO Kandahar’s simplified method works because boxed cake mixes all include a powdered leavening agent that insures the cake will rise with or without extra ingredients, like eggs. As long as the baker combines the mix with enough liquid, like soda, to make a pourable batter, the cake will come out looking and tasting delicious.

Minakami also suggested paying close attention to the flavors of soda and cake mix you plan to use before heading into the kitchen.

“If you want a chocolate or red velvet or something dark and rich, you’re going to want to use a darker soda, whether that’s Coca-Cola or root beer, or whatever it may be,” Minakami said.

“If you want a vanilla or some type of light, white cake, you’re going to go with the Sprite.”

Although a batch of Coca-Cola cupcakes takes only a few minutes to prepare and bake, Minakami says that the taste of home they represent never goes unappreciated by deployed service members.

“Sometimes we even make cupcakes for our outreach in the Helmand province because they … don’t even have a cafeteria,“ Minakami said. "If we’re able to bring them a cupcake it definitely surpasses an MRE. They are always very appreciative.” 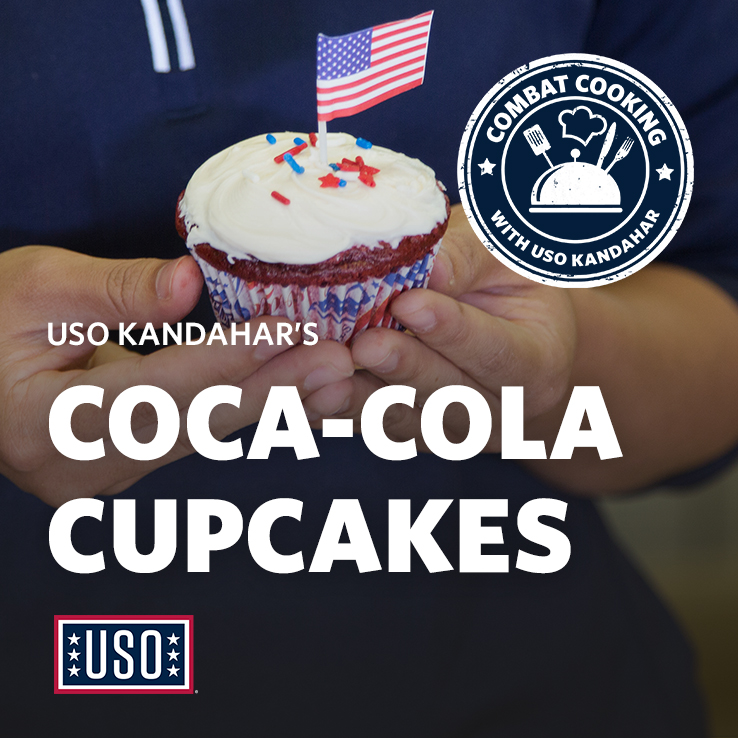 Line a cupcake tin with 12 cupcake liners. Preheat your oven to 350°F.

In a large bowl, combine the cake mix and can of Coca-Cola until a smooth batter forms. Scoop the batter into cupcake liners, making sure the batter is evenly distributed among all 12 cupcakes.

Ice each cupcake as desired, adding any sort of sprinkles or decorate you prefer. Enjoy!