Did you know these Coast Guard facts?

1. The history of the Coast Guard founding. The Coast Guard was founded on August 4, 1790, after Congress commissioned the construction of ten ships to help enforce federal tariffs and prevent smuggling.

4. Sink or swim. One of the lesser-known Coast Guard facts is that becoming a Coast Guard rescue swimmer is extremely hard. More than half the people who try out fail.

6. How many wars have Coast Guard members served in? Members of the Coast Guard have served in 17 wars and conflicts throughout U.S. history.

7. Who was Anthony Christy? Anthony Christy was the oldest active serving Coast Guard member. The keeper of the Christiana Lighthouse in Delaware, Christy died on duty in September 1862, at the age of 105.

9. The Launch of the Vigilant In 1791, the Coast Guard launched its first cutter, Vigilant. 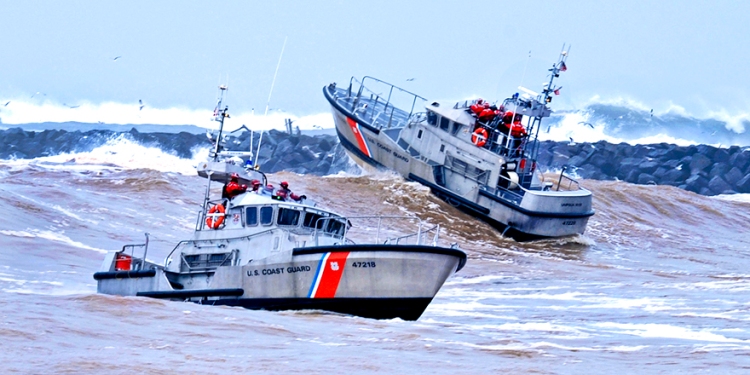 15. Pups of the Coast Guard. While many animals have served as mascots aboard Coast Guard vessels, Sinbad, a dog, is one of the service’s most famous. He served on board the cutter Campbell during World War II, keeping troops company during their voyages.

19. The Coast Guard hockey legacy. Do you know your Coast Guard sports facts? From 1942-44, the Coast Guard had a championship hockey team called the Cutters that played in the Eastern Amateur Hockey League, considered to be one of the most competitive leagues of its time.

20. Fellow U.S. naval services. Until the Navy was re-established in 1797, the Coast Guard was the only naval service in the country.

24. The Eastwind. In 1967, the Coast Guard icebreaker Eastwind became the first cutter to ever sail around Antarctica. Eastwind was also the first ship to circumnavigate Antarctica since 1843.

25. On My Honor. The Coast Guard core values are honor, respect and devotion to duty.

If you enjoyed reading these 25 Coast Guard facts, enjoy our list of interesting facts about the U.S. Marine Corps, and sign up for our email list today to receive more USO stories and updates.

–Information from uscg.mil and other sources.