29 Marine Corps Facts You May Not Know

Everyone knows the meaning of semper fidelis. So today, in honor of the service’s 239th birthday, the USO digs a little deeper to share 29 other Marine Corps facts that may surprise you:

1. Marines often pin their next promotable rank onto their uniforms as motivation. They usually hide it in their cover, or under a pocket flap.

2. The Marine Corps’ first amphibious raid was only weeks after its creation. Marines successfully stormed a British weapons cache in the Bahamas.

3. The Marines’ first land battle on foreign soil was in Libya. During this battle, 600 Marines stormed the city of Derna to rescue the crew of the USS Philadelphia from pirates.

4. Male Marine recruits attend boot camp in one of two locations, depending on which side of the Mississippi they’re from. Marine Corps Recruit Depot (MCRD) San Diego is for West Coast recruits (which is a separate facility from Camp Pendleton), and MCRD Parris Island is for East Coast recruits.

6. MCRD San Diego can be seen from the air when flying into San Diego International Airport. This causes recruits to wonder if the airport was built there to torment them.

8. Since then-Secretary of Defense Leon Panetta ordered the military to integrate women into combat arms occupations in January 2013, more than 18 female infantry officer candidates have attempted the qualification course. At this point, all 18 have failed to qualify.

9. Marines regularly train with international counterparts from more than 15 different nations. See if you can hear/see the similarities between these Tongan Marines and U.S. Marines.

10. U.S. Marines also let their hair down while training with allied forces. Check out this drum battle with the South Korean Army band.

11. The Marines have won four out of five Warrior Games competitions. This year marks their first loss to the Army.

13. Marine recruits must finish eating the moment their drill instructor is finished. This is why Marines eat so fast.

14. Fewer than 100 people have received the title of honorary Marine, a title that can only be bestowed by the Commandant of the Marine Corps. You can find below a list of a few honorary Marines, in order of seniority:

15. “Hurry up and wait” is what happens when each leader down the chain of command tells his or her Marines to be there 15 minutes prior to the senior’s directive. This is why Marines arrive early to their destinations.

16. The license plate of the Commandant of the Marine Corps reads “1775”

17. Marines in uniform are not authorized to put their hands in their pockets

18. Only female Marines are authorized to carry umbrellas in uniform 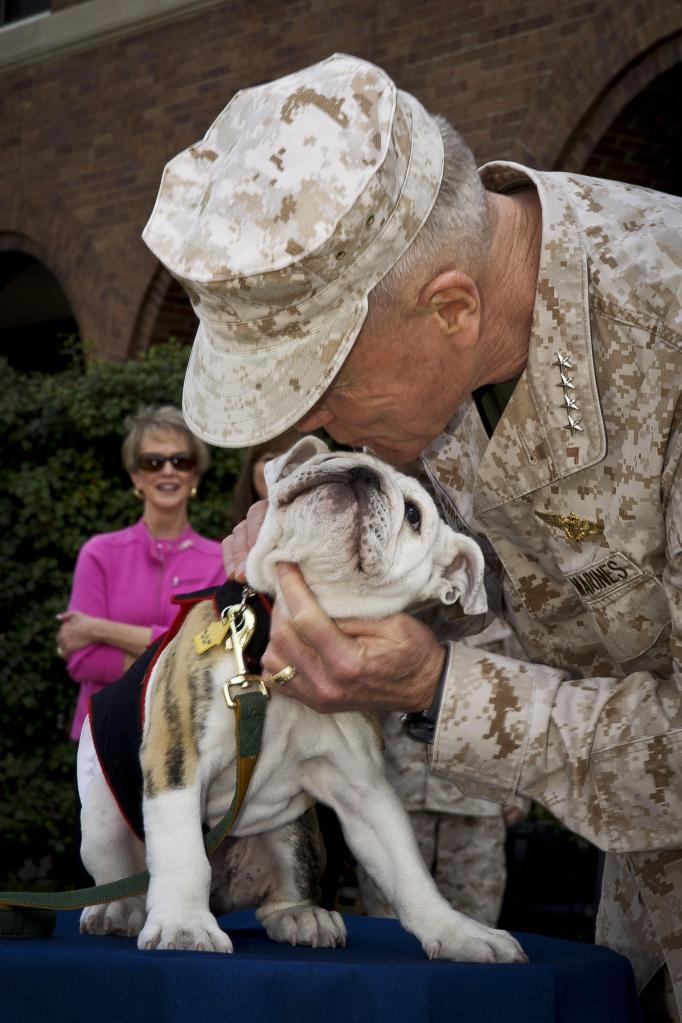 21. The Marine Corps mascot is an English bulldog named Chesty. This mascot was named after Marine Lt. Gen. Louis B. “Chesty” Puller, the only Marine to earn five Navy Crosses.

22. Even though the Corps is an amphibious force, swim qualification is one of the few annual qualifications that doesn’t count toward a Marine’s promotion to the next rank

23. Three, five or seven Marines can perform a three-volley salute. A three-volley salute performed at funeral ceremonies is often confused with a 21-gun salute. The three-volley salute is the firing of three rifle volleys (rounds) over the graves of fallen armed forces members and political leaders and can be traced to the European dynastic wars, when fighting was halted to remove the dead and wounded. Once an area was cleared of casualties, three volleys were sent into the air as a signal to resume fighting.

24. Every year, Thai Marines instruct U.S. Marines in a day of jungle-survival training as part of the annual exercise Cobra Gold. The training culminates with the U.S. Marines participating in a Thai warrior ritual that involves cutting a cobra’s head off and drinking its blood. 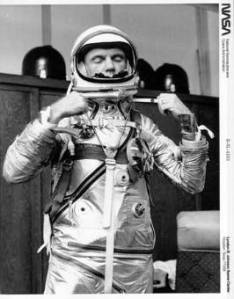 25. According to Marine sniper superstition, there is ultimately one round destined to end the life of a Marine, and that is “the round with your name on it.” Until that round is fired, the person for whom it is intended remains invincible. If the sniper carries the round with him at all times, it can never be fired and the sniper is therefore untouchable.

26. Out of school, a Marine sniper carries the colloquial title “PIG,” or Professionally Instructed Gunman. This is the Marine’s title until he has killed an enemy sniper in combat and removed the round with his name on it from the enemy sniper’s magazine. That round is then worn as a necklace and symbolizes his new status as a HOG, or “Hunter of Gunmen.”

27. Ever since Vietnam, Marine Amtrac crews will not eat apricots, as they’re considered bad luck

28. Marines also think it’s unlucky to eat the CHARMS that used to come in packs of meals ready to eat

29. Marines are often called jarheads because of their high-and-tight haircuts. But some Marines take this cut to the extreme — unauthorized haircuts include the horseshoe and the mohawk.