The USO and Pimsleur® Language Programs, in partnership with The Boston Foundation and Playaway®, are proud to announce the launch of OPERATION SPEAK EASY – an initiative to eliminate language barriers for U.S. troops serving in and being deployed to Afghanistan. Through a donor-advised fund at The Boston Foundation, OPERATION SPEAK EASY was created to assist troops with learning the local languages spoken throughout the region and further day-to-day communications with the Afghani population.

“Simon & Schuster’s Pimsleur is proud to partner with The USO, Playaway, and The Boston Foundation on this project.  By providing these programs to troops, we hope to remove any language barriers that may stand in the way of the vital mission inAfghanistan and show our support for those who serve." - Robert Riger, Director of Pimsleur Language Programs

Omar Khudari, a Boston-area philanthropist, had a dream of giving U.S. Troops the ability to communicate directly and easily with the civilian population in Afghanistan. As an avid user of Pimsleur language programs, Khudari’s vision led him to fund the project, now known as OPERATION SPEAK EASY.  His generous donation to The Boston Foundation allowed Pimsleur® to develop audio-based language training courses in Pashto and Dari - the key languages spoken in Afghanistan - and make his dream a reality. 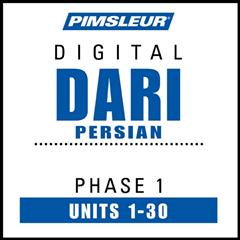 Pimsleur’s portable audio programs are easily downloadable for use in the field or on a base. The USO is distributing these courses free of charge to U.S. Troops via digital downloads from the USO website and portable audio players from Playaway.

The choice of multiple formats – downloads and Playaway – allow for a variety of listening options for troops. Where power is an issue, Playaway audio players are preloaded and completely portable with their own power source.

A test case for the project launched in June 2010 with free downloads of the Pimsleur Dari course. This allowed for the distribution of over 4,000 Playaway audio players to U.S. Troops, both those about to be deployed and those already on the ground in Afghanistan.

“There is no better gesture of respect and good will you can make in a foreign land than speaking the local language. I have been hearing for some time about the military’s desire to improve its language training in order to ‘win hearts and minds’ in Afghanistan. It occurred to me that Pimsleur courses in Pashto and Dari would be an obvious solution.  I am very excited to be able to help get these courses to our troops sooner rather than later.” - Omar Khudari, Project Philanthropist, Entrepreneur

To learn more about this partnership visit http://pages.simonandschuster.com/operationspeakeasywithpimsleur/