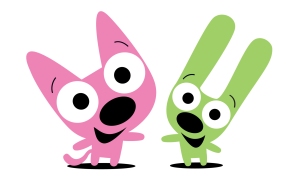 If you saw yesterday’s photo essay on the launch of the Family Care Package from the USO, you probably noticed two very familiar, very colorful characters bouncing around - literally. Hallmark’s hoops&yoyo were in attendance!  And lucky for us they had some time to chat with the USO about the event, how they have fun, and their “awe” of military families…

USO: Why do you feel it’s important to support military families?

hoops&yoyo: Well, USO pals, it’s like this.  If it weren’t for military families, we would not have the FREEDOM to, say, go out anywhere we want for coffee, like, 16 times a day. Or the FREEDOM to run down to the local donut factory when we’re supposedly at a “meeting” for work. Did you catch the key word there, people? Listen up, now – chaaa, it’s about FREEDOM!!!! Those awesome peeps make sure we have it. And their families all give up A LOT while their loved ones are out there doing their super-important work. We have a pretty cushy life because of military fams. They’re all very extremely brave and courageous and generous, and we totally want to thank them a zillion times!  Starting now! Thank you, thank you, thank you, thank you (you can talk amongst yourselves, this is gonna keep us busy awhile) thank you, thank you, thank you…

USO: How has this event today changed your perception of military families?

hoops&yoyo: We were already soooo in serious awe of military families. But ya know what? Now we are in super-supremely-SERIOUSLY-serious awe! They have to go months and months without dad or mom around to hug them and make them waffles and run through sprinklers with them. Then, when mom or dad come back, they’re sooooo happy and all of a sudden it’s waffles for breakfast every day and humongous hugs like, WHENEVER, and — awwww, doesn’t that make you wanna smile as big as you can??? Hey, military families, you are AWESOME!!! TOTAL SHOUT-OUT!!!! 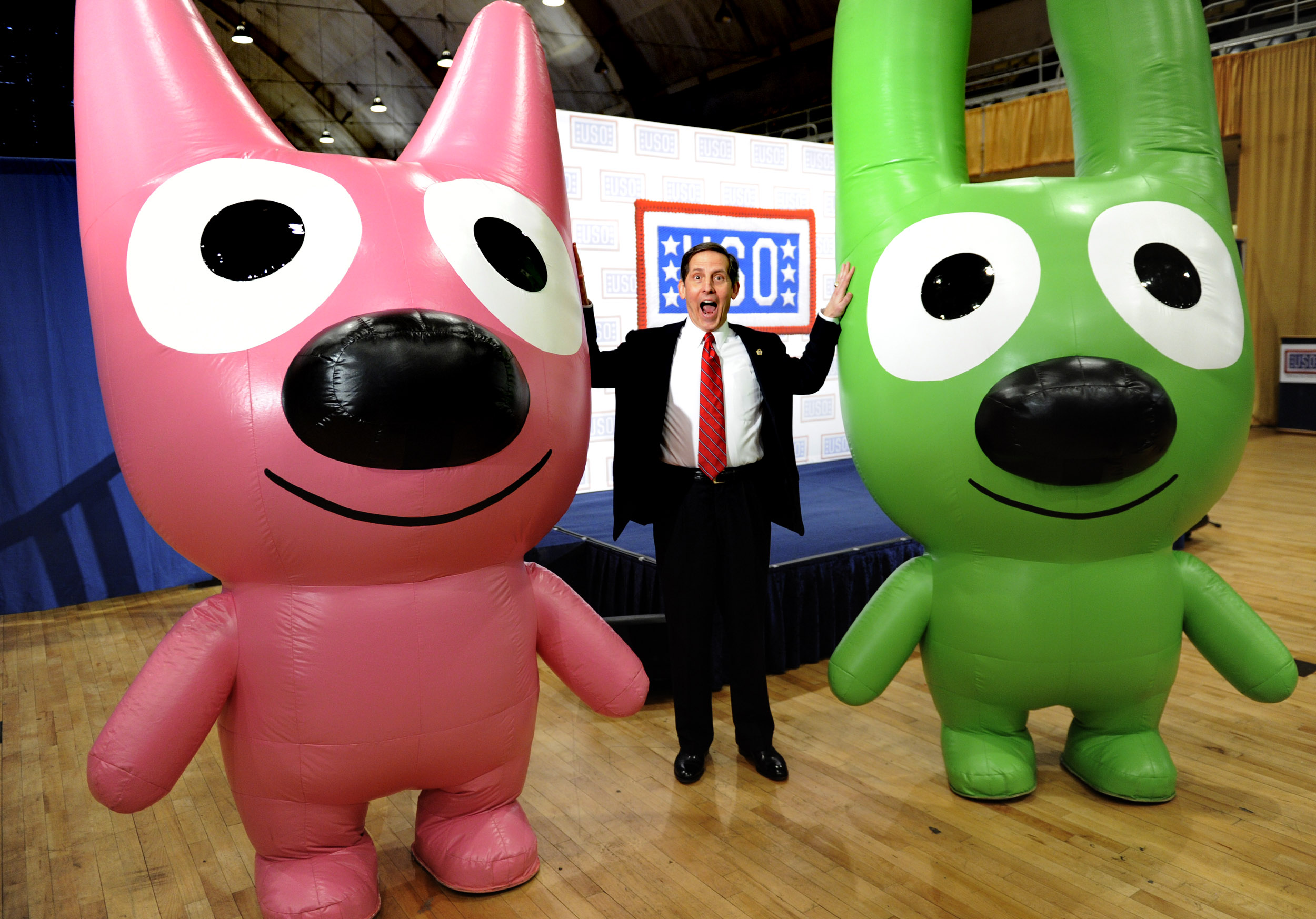 USO: What’s a fun thing for Mom or Dad to do with their children when a loved is deployed?

hoops&yoyo: Uhhhhh, hmmmm, maybe send that loved one a hoops&yoyo card??  Or e-card??? (Chaaaaa.) We can think of tons of other things, too! Like, maybe keep a scrapbook of all the things you’re doing so you can show mom or dad when they come home. And make a list of totally fun things you’ll do together when they’re home. And write ‘em letters. And send ‘em videos. And send more hoops&yoyo cards. And send a recording of your voice. With a hoops&yoyo card. (See where we’re going with this? Wink, wink.)

USO: What’s your FAVORITE thing to do when you’re hanging out with piddles, chillibear, marshy, and newbie?

hoops&yoyo: Ooooh, USO pals, we have soooo many favorite things to do!! Like eating pizza together and going out for ice cream and watching movies and eating tons of buttered popcorn and running through sprinklers and climbing trees and playing games and telling jokes and…and mostly, just doing any kind of stuff together. Hanging out TOGETHER is the funnest part of anything.

USO: If you had to choose one word to repeat over and over (and over!) to describe today, what would it be?