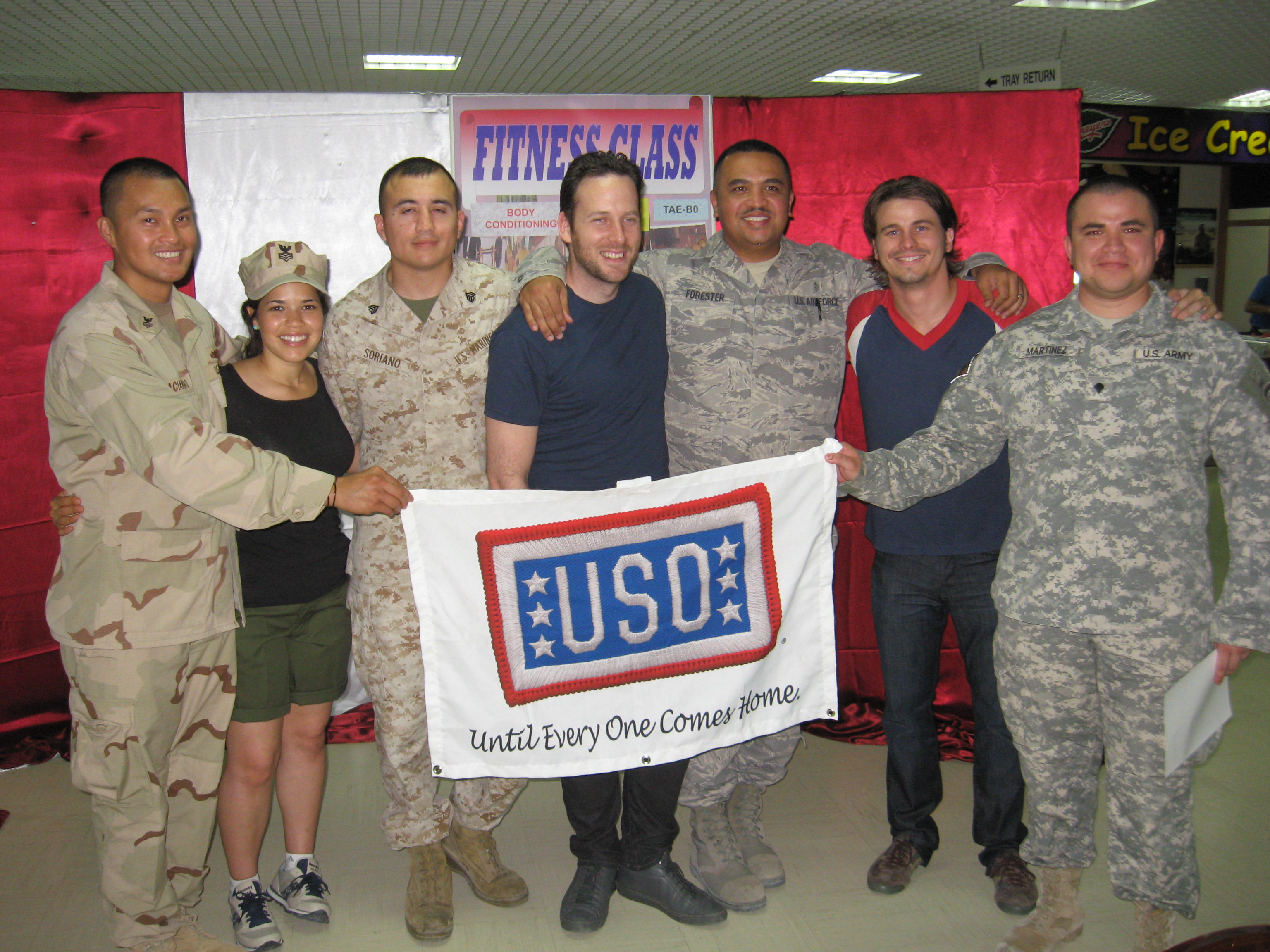 The mercury may have topped 120 degrees (!), but fan favorites America Ferrera, Ryan O'Nan and Jason Ritter - along with writer/director Ryan Peters - stayed cool as they wrapped up their first USO/Armed Forces Entertainment tour to the Persian Gulf, having visited with over 1300 service members along the way!  The group’s Handshake Tour found them greeting Troops, posing for pictures, and signing autographs as they traveled throughout the Persian Gulf for eight days.

Ferrera had this to say about her experience: “We are here because we are so thankful and grateful and to hear a soldier say "thank you” its overwhelming, because really we are the ones who are filled with so much gratitude.“

Check out a short video below, in which they express their gratitude to the Troops…