[caption id=“attachment_2371” align=“aligncenter” width=“500” caption=“U.S. Marines, Soldiers, Sailors and members of the USO and Rolling Thunder pose for a photograph after they raised flags over the World Trade Center construction site May 4, 2010, in New York. The Rolling Thunder motorcycle riders will bring the flag to the 2010 Warrior Games in Colorado Springs, Colo. The competition for wounded service members will take place May 10-14 at the U.S. Olympic Training Center. (U.S. Marine Corps photo by Sgt. Randall A. Clinton/Released)”] 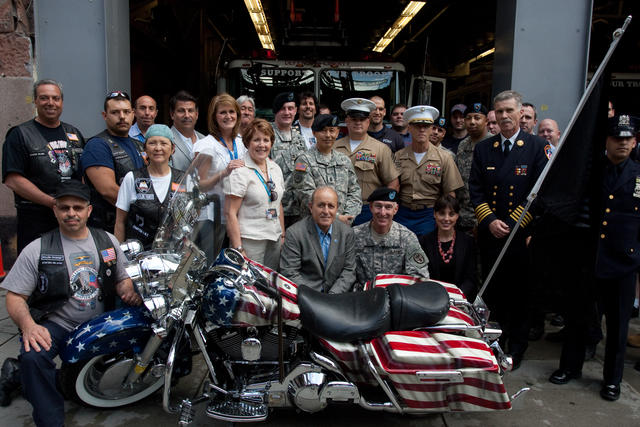 The Warrior Games kick off tonight with an opening ceremony in Colorado Springs, CO.  Although the opening ceremonies are by invitation only, plenty of events are open to the public; check the schedule by clicking here.

Over 200 athletes are representing each of the branches of the military in both individual and team competitions.  “A lot of what we are trying to do is show the value of not just competition, but of adaptive sports in the recovery and [the] maximum potential these individuals can reach post injuries or wounds,” Robert E. Moore Jr., chief of strategic communications at the Army’s Warrior Transition Command, told Judith Snyderman last week.

We’ll keep you updated with photos, videos and lots more throughout this ground-breaking week of competition.  Check out  a quick video that sets the stage for the Games…