ARLINGTON, Va. — For Peyton Manning, Stevie Nicks, Sebastian Junger and Seema Reza, it was a night to remember.

The four stars, along with nearly 30 Medal of Honor recipients, were honored last night for their contributions to the military community at the USO of Metropolitan Washington-Baltimore’s 33rd Annual Awards Dinner. 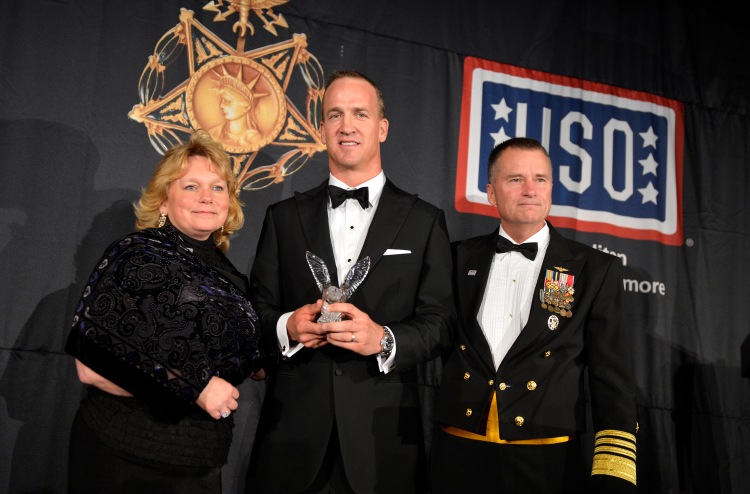 Manning, who traveled to Europe and the Persian Gulf on the USO Vice Chairman’s tour in 2013, has been an active supporter of the military throughout his entire NFL career.

“I really had a life-changing experience on my USO tour two years ago,” Manning said. “Just how they’re protecting our freedom, their service to our country, [it’s] very inspiring and I’m really glad that I took the trip.”

Five years ago, Nicks received a last-minute invitation to visit troops at Naval Support Activity Bethesda — home of Walter Reed National Military Medical Center — and has committed to spending time with wounded, ill and recovering service members ever since.

Nicks, who wrote the 2011 song, “Soldier’s Angel,” about her numerous visits with wounded troops as part of USO-Metro’s celebrity handshake tours, received the USO Achievement Award for donating her time, talent and treasure to helping bring smiles to recovering troops. 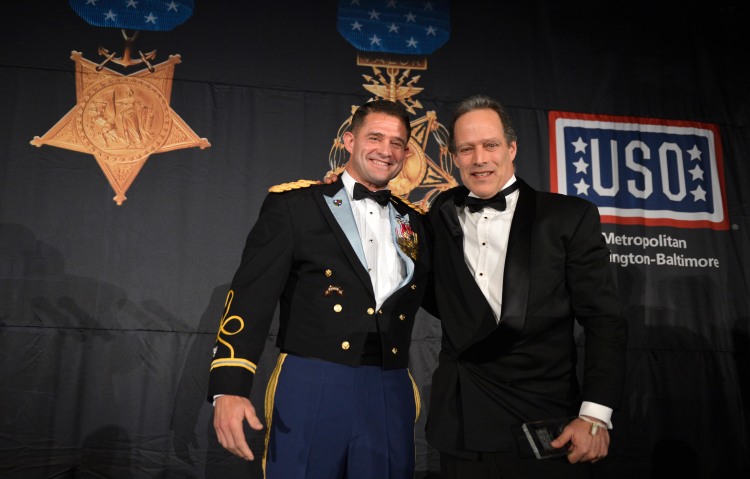 Junger, a war correspondent, best-selling author and Oscar-nominated filmmaker received the Legacy of Hope Award for his heart-wrenching storytelling. His most recent documentary works – “Restrepo,” “Korengal” and “The Last Patrol” – focus on the challenges military members endure during combat and upon returning home.

“I was thrilled to sort of discover that those works were very helpful to soldiers [and] emotionally useful to soldiers,” Junger said.

Reza, a poet and essayist, has spent years working with wounded, ill and injured service members at military hospitals and USO Warrior and Family Centers at Fort Belvoir, Virginia and Bethesda, Maryland.

She conducts art workshops for service members recovering from visible and invisible wounds and said “the work that I’ve been able to do is its own reward.”